Here is an example of what the icons look like in these cases: 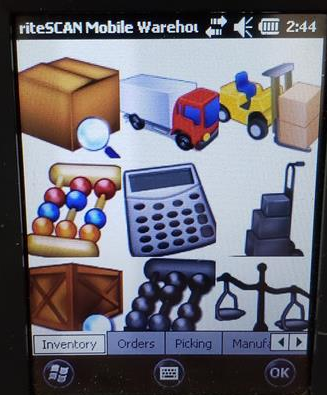 Solution: Install the Windows Mobile 5 version of riteSCAN on the handheld and the display will return to normal.